Hard to believe it was over three weeks ago, but our last day's cycling, having got off the boat at 7am, 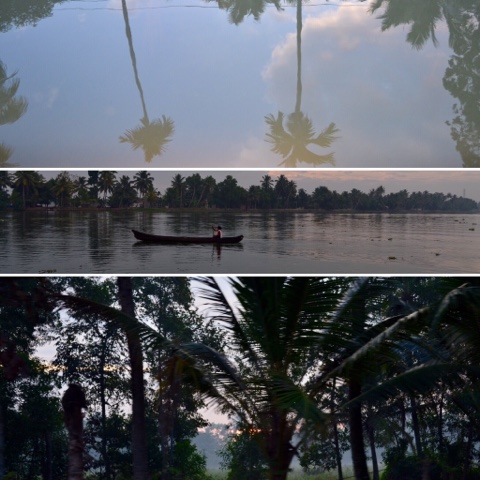 was to the beach resort of Varkala. Roads were variable (for which read . . . from huge potholes to bone-shaking stones the size of your fist), and it was quite a long way alongside the Indian Ocean, which we didn't see much of due to a high sea wall. 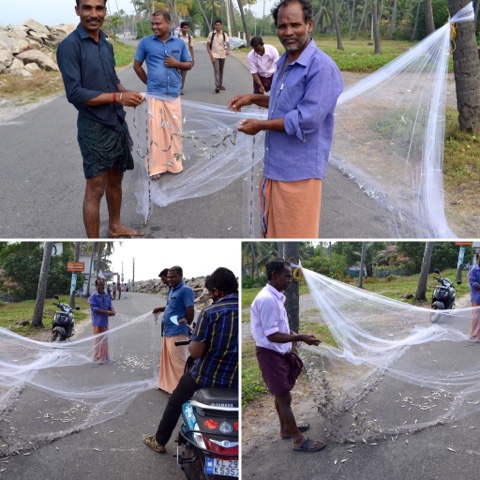 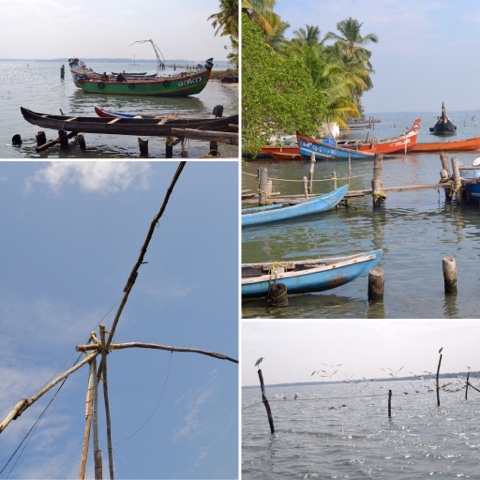 And various boats on the inlet which we crossed on the ferry - Joseph and Rintu were expert at loading the bikes, having done it many times before 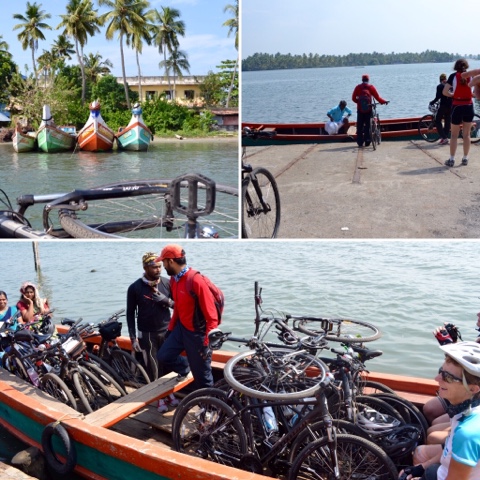 Other things glimpsed along the way included a lorry loaded with coir fibre, and this ancient bike, advertising a bike shop . I think the flower is a delicate hibiscus . . . 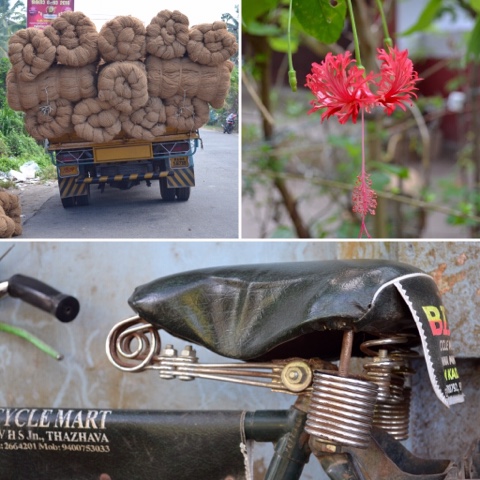 Finally, after lunch, another chance to swim in the ocean and a hairy stop at a level crossing (free for all from a standing start, with us on bikes caught in the middle), we reached our final destination - a total of 500km cycled in 12 days. 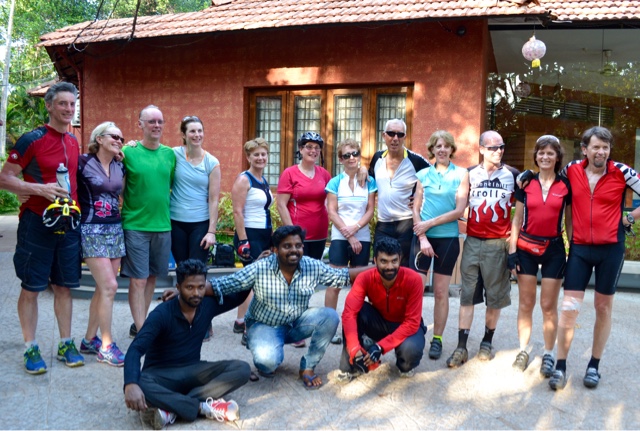 Next day we explored Varkala beach, which seems to be populated with Nepali people and hippies! 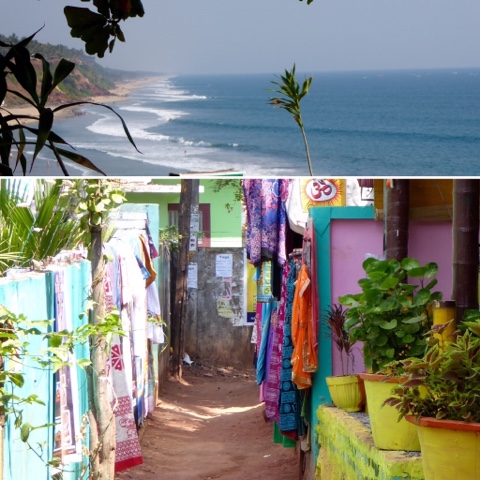 plus tourists, including Indian families 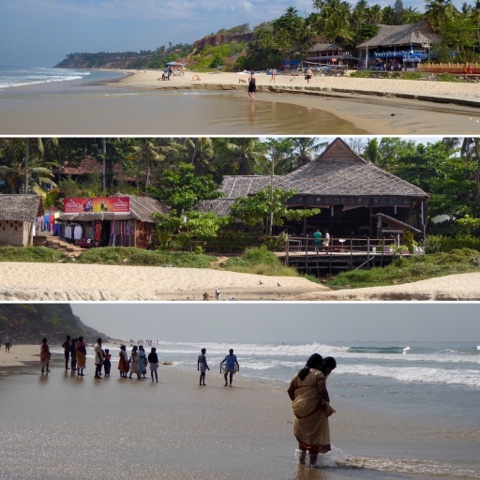 The beach itself stretches for miles 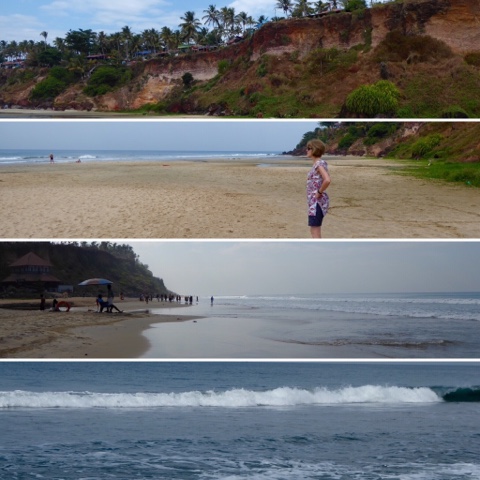 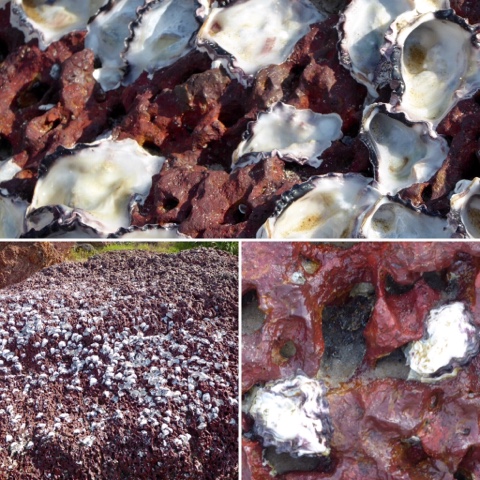 Rubbish was an unfortunate feature - they just seemed to sweep it over the cliff - turned into an installation in this tree. 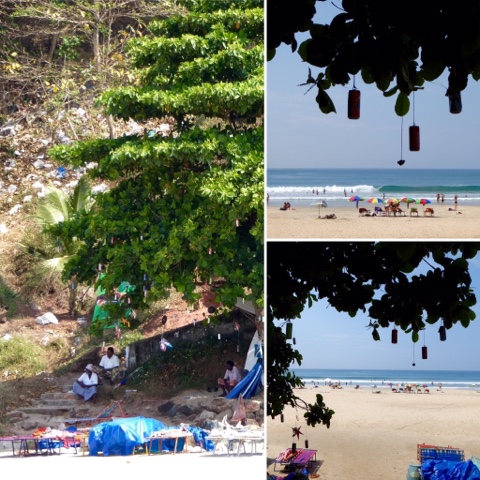 And Banksie had visited (or more likely, his imitator) 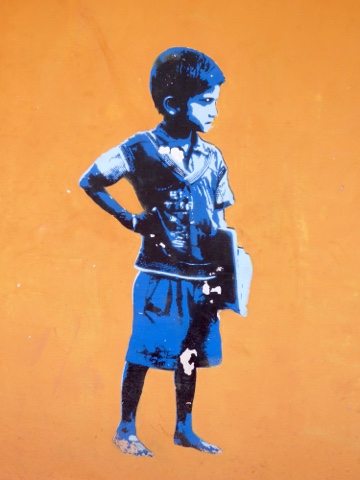 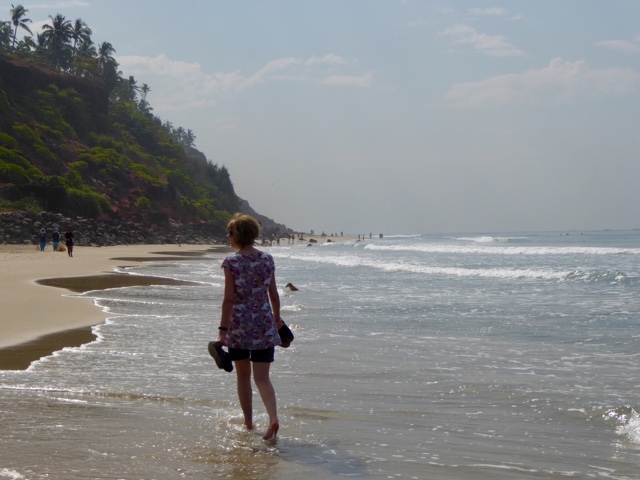 before our final meal together and a 4am flight home! 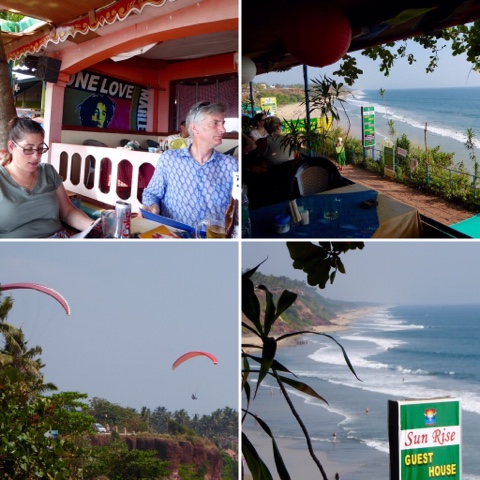 All in all, quite an experience!

Posted by Terry Donaldson at 23:30